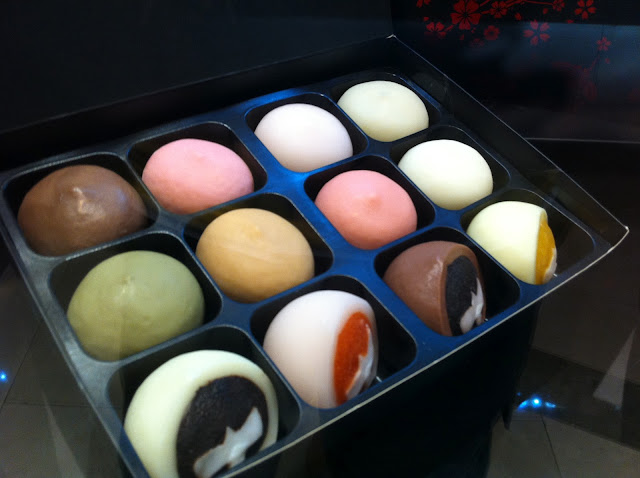 Premium Japanese, carefully and elegantly presented.  Mochis are bite-sized sweet and savoury snacks that can contain fillings like peanut, mango yogurt, bean paste, chocolate, coffee and green tea.   The outer dough is made of pounded glutinous rice and one cannot re-freeze those lovely little balls after dethawing them - there will be an impact on taste.  Ideally, mochis should be eaten as soon as possible on the day of obtaining them.  I noticed them at a cutely set up stall at the Gardens Mall in Kuala Lumpur.  In Japan, they are consumed on festive occasions like the New Year - and has a dedicated festival named after them, the Mochitsuke. 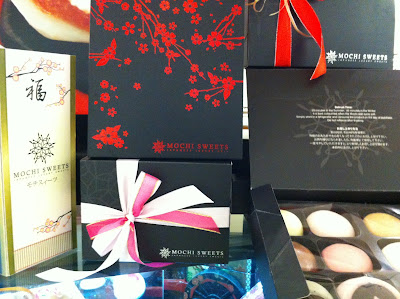 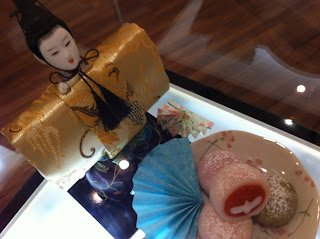 The Mochi Sweets business I saw is a franchise from Hong Kong. To me, their appeal here looks like the equivalent of the penchant for macarons in Australia. There is even a cherry blossom flavour at Mochi Sweets - yes, they are called Sakuras! A daifuku is a specific type of mochi moulded in round shape and containing sweet tasting bean fillings only. 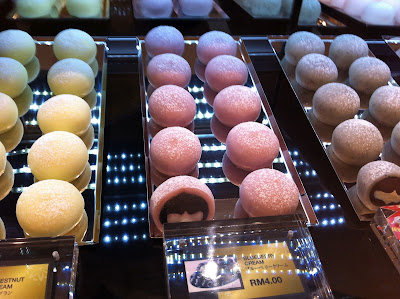 For the uninitiated, there may be a valid concern that once a mochi gets into the mouth, there is a risk that it may just become one blubbery and sticky ball.  Not to worry, this does not happen.  It is best to have them with green or smoked tea. 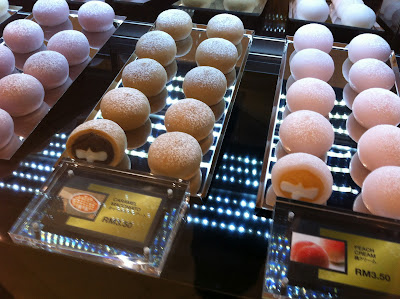 Mochi Sweets are also available at  the Tokyo Street Market on the 6th floor of the Pavilion in Kuala Lumpur CBD, and at One Utama and Sunway Pyramid in the Klang Valley of Selangor State.  Mochis are cousins to the mua chis from Fujian Province in China..  Mua chis (or in Mandarin, ma shu)  started as street food with only peanut fillings - and it is interesting that they now can be sold in an upmarket form for as much as four Malaysian Ringgit.