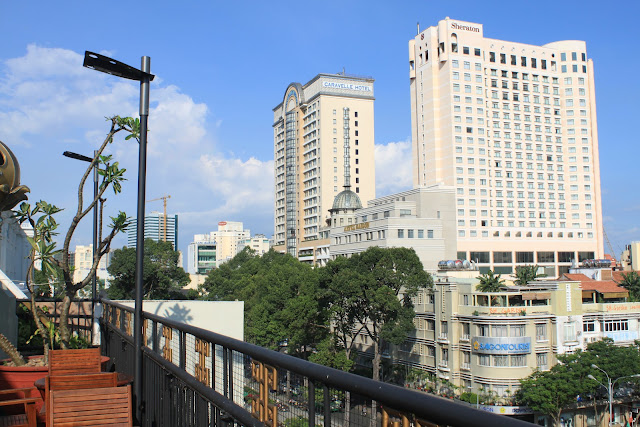 The early evening view from the top of the Rex Hotel (above), looking out across the main road to the revamped Hotel Caravelle.  The Rex Hotel was famously the site where American soldiers provided skewed press briefings around five o'clock each day and today it continues to thrive along the Nguyen Hue Boulevard in the city centre as both a lively day and night gathering spot.  The Caravelle Hotel, across the road at Lam Son Square, served its own distinction to attract hordes of diplomats and journalists during the sixties and early seventies - and when opened in 1959 at ten stories high, was the tallest building in this bustling metropolis.  Both the New Zealand and Australian Governments once maintained embassies here.
It is worth a visit to the renovated marbled roof top bar. 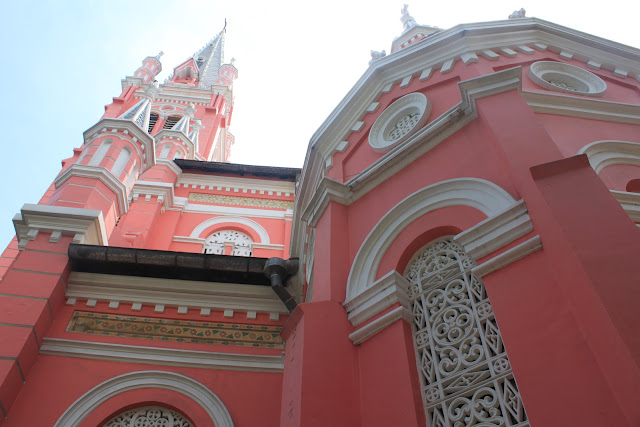 The colours are bright pink and do not fail to catch the eye of the passer by in District 3 - with arched windows and doorways, plus immaculate grilled iron work, this Catholic Cathedral has tall spires and side alcoves that are based on French architectural traditions.  This is the second largest church, after the city's well known Notre Dame Cathedral -  the Tan Dinh Church ( or Church of the Sacred Heart of Jesus).  Saigon has several religious buildings of note, and they include the Cao Dai Holy See, the Quan Am Pagoda, the Jade Emperor Pagoda and the Mariamman Hindu temple. 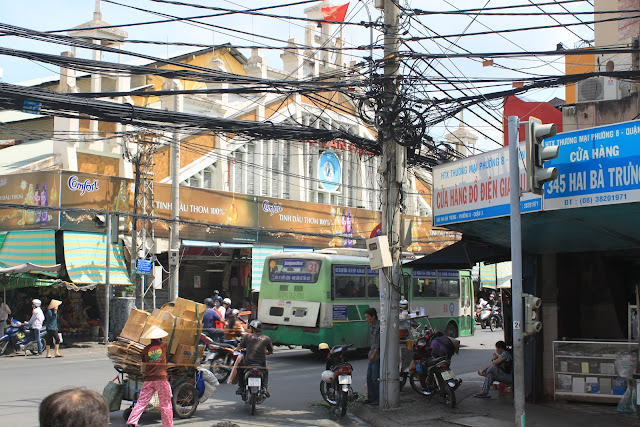 When I reflect of grassroots Saigon, I recall this roadside scene with fondness - electric cables that grotesquely meet and almagate, peddlers in traditional coned hats , motor cyclists, modern city buses, side stores and people going about their commercial lives - in front of a large market venue. 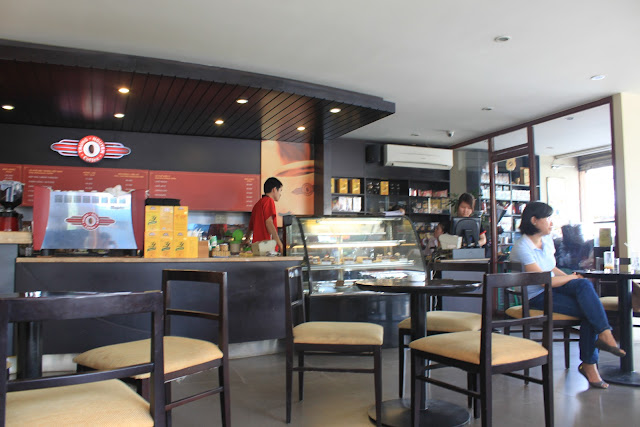 One can sip filtered Vietnamese coffee anywhere - on roadside pavements, in heritage coffee shops, from a village stall, in a tourist hub or in a modern cafe based on franchised lay outs and in air-conditioned comfort - above picture was taken at a Trang Nguyen outlet in Saigon along the Hai Ba Trung in District 1.  No paper filters are utilised in the making of the cafe sua da - drip coffee that requires no massive cleaning effort afterwards or use of large machines.  Vietnamese coffee is infused with chicory, a caffeine free herb and dark roasted blends are always used. 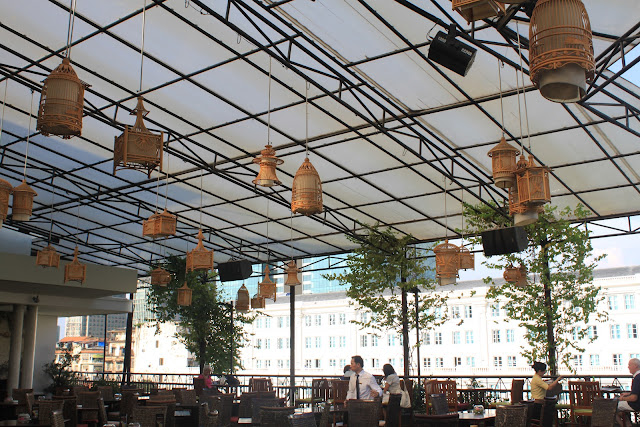 Bamboo and rattan  bird cages hang from a high ceiling (picture above) in front of heritage buildings  whilst below, a snapshot in a room at the Novotel Saigon Centre, which opened only this year.  The affinity with bird cages is well documented and known in south-east Asia and China - they are used to keep song birds in courtyards, gardens and outside houses and shops.  Such birds are taken by their owners to accompany them for meals with friends and family.  Interesting enough, such bird cages are increasingly utilised as lamp holders or as mere decorations to bring up the vitality of an otherwise empty space or high ceiling, especially in heritage hotels. 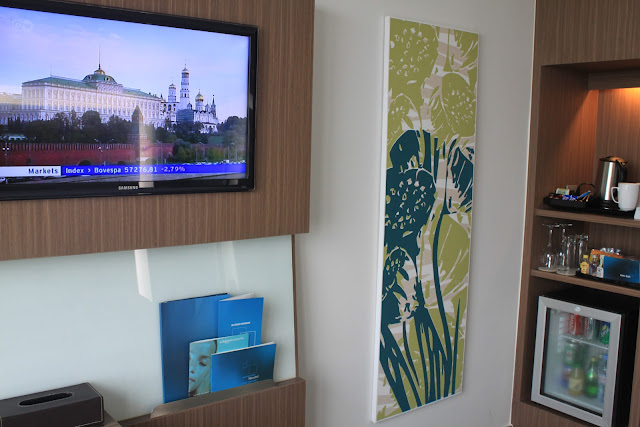 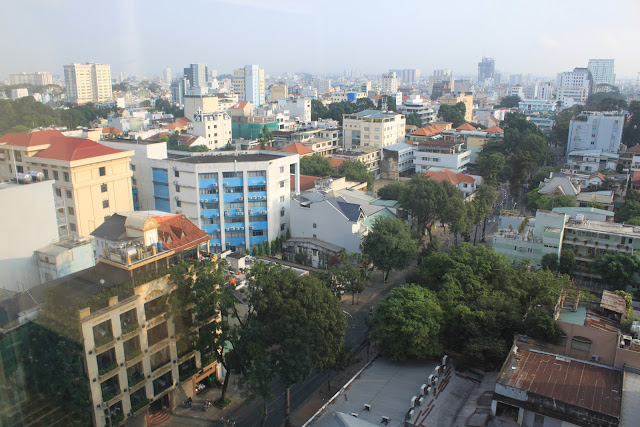