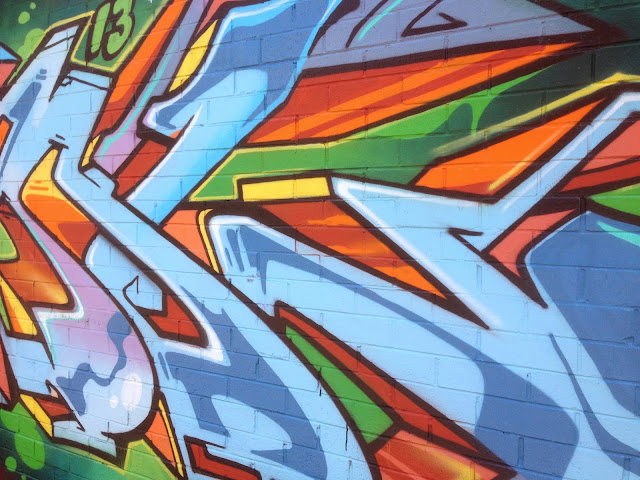 In the inner west hubs of Sydney city, the lanes in the boundary between Newtown west and Enmore, including names like Philip, Thurnby, Ford and Wilford, offer amazing and delightful vistas of street art in inspirational and eye catching form.   Most of these feature bio-mechanical forms and visualisation, suggesting of another world in sic-fi, anime, Nordic creatures, Tibetan stylised representations and creatures.  Colours are rich, solid and displayed with powerful strokes. The buildings are industrial and drab otherwise without these spray paint works of devotion and art.   EMOS seems to have done extensive mural work here, although as in any dynamic neighbourhood and practice of so-called graffiti, many of the displays by EMOS have been successively covered by other succeeding artists. This fascinating corner of urban Sydney is not alone with such murals, for you can also catch them along parts of the long and winding King Street in Newtown proper, the Camperdown Memorial Rest park, parts of Surry Hills south of Sydney's Central Station and in n neighbouring Erskinville. 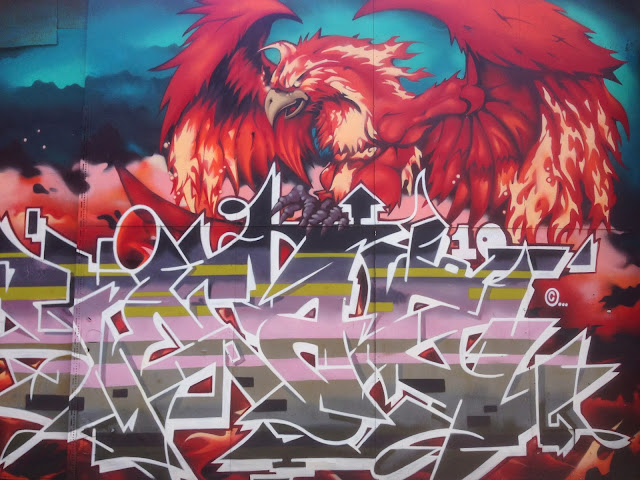 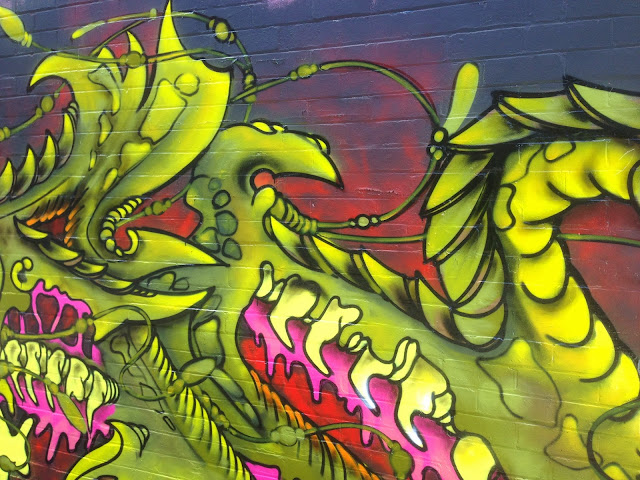 Should such art be more preserved by local councils and utilised as people's expressions?  They illustrate the energy, creativity and freedom of individuals at a certain age, a specific phase of experience and in a sudden burst of expression.  Such displays underline the emphasis that art need not be confined to having big pay checks, indoor galleries and exclusive memberships in societal arrangements.  When I first moved to the Wollongong area, two things impressed me, so many people riding bicycles on the streets and the pervasive presence of purposeful painted electrical boards along most streets in the CBD and nearby suburbs. Ever since then, I have fallen in love especially with the particular forms of yarn bombing, stencil graffiti  and wheat paste graffiti.   Graffiti to me translates as every individual having a special and unique talent - and the challenge is to uncover and lodge this talent free to bloom. 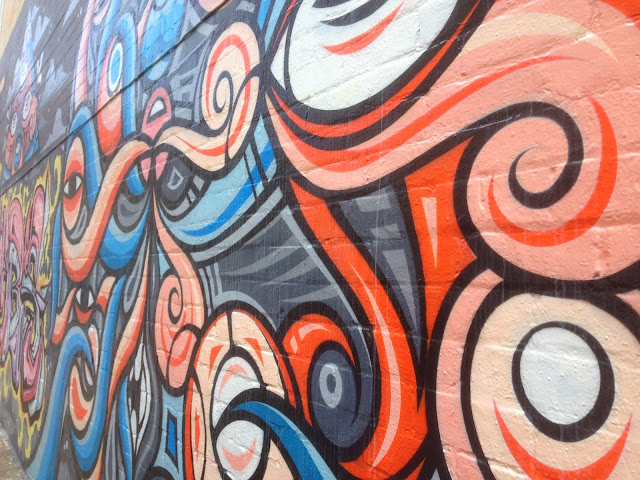 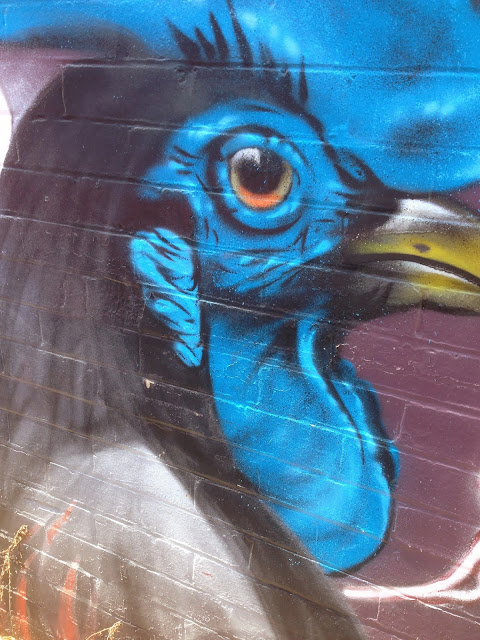 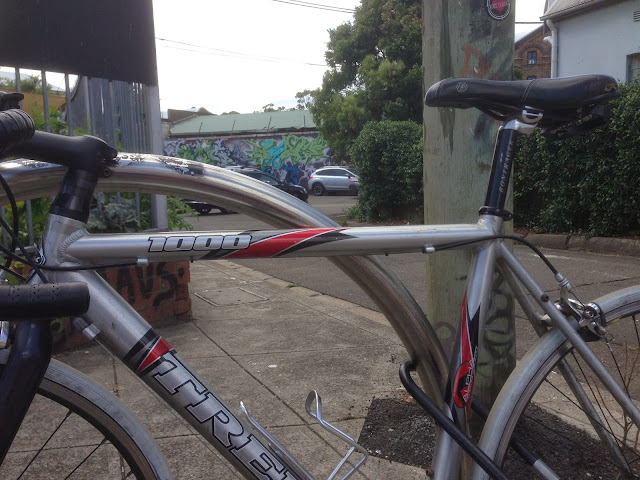 The phrase "to bomb" in graffiti community speak is to paint as many surfaces within a specified area.
'To burn" is to snuff out the immediate competitor in style.  Having your street art still not removed is to continue to have it "burning".   There are dedicated techniques like domming, which refers to rubbing two different types of spray paint whilst they are both still wet.  Using acid solutions to create frosted glass is to etch, named after a real person who first used this approach.  If you increase your repute, you are "getting up" in this spectacular world, perhaps the most simply worded expression to mean what it really means.  If you want your art piece to be difficult to remove, you paint on heaven spots.  Personalities in this space can be varying and colourful themselves, but there is a term called "hat" which indicates the honour among thieves.    If you are inspired to chain public furniture with an old bike lock, you have completed a lock on.  A married couple"" need not have gender issues in street displays, for this just means two simultaneous whole cars painted next to each other, with the gap between the two vehicles connected in a humorous or innovative way of paint (to imply a marriage).  A paint eater is not a person but an unprimed surface where you cannot paint. A toy refers to poor work, as opposed to a king.  If I cannot read text in a graffiti, it means I am looking  at a wildstyle.  Most interesting and significant of all, a graffiti artist in broad speak in this dimension is never used and instead he or she is known as a writer. 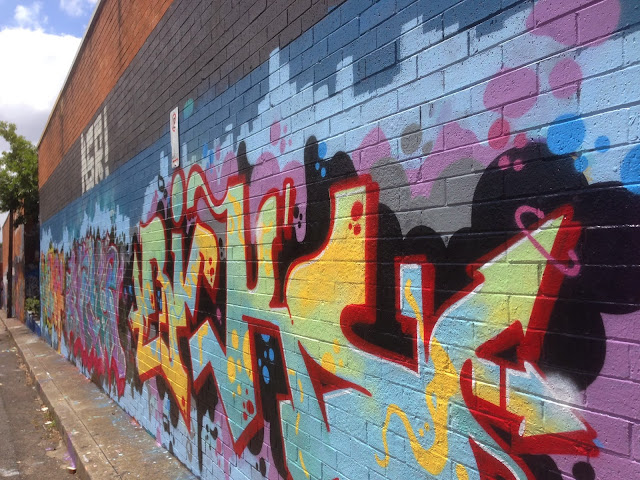 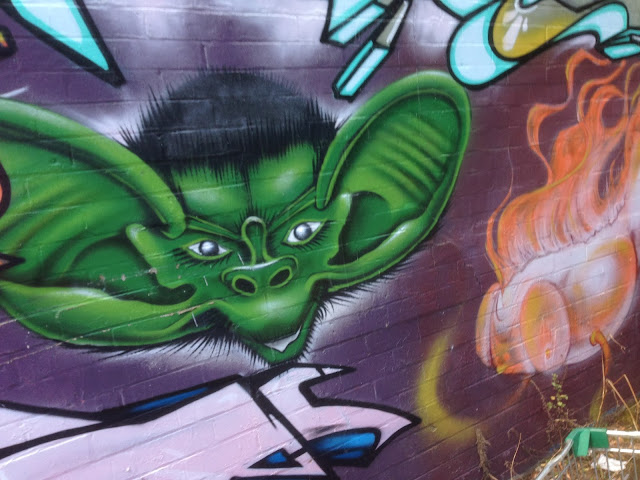 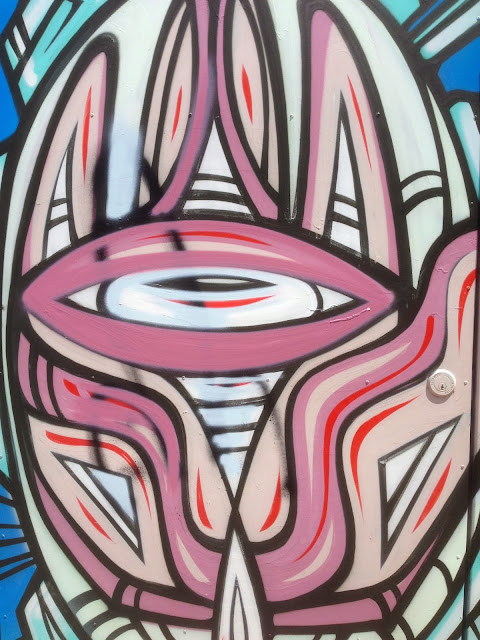 The so-called tool bag of the spray paint writer in this world has several items, of which the most important are a respirator, circular objects like buckets, paper towels, an oil painter's palette knife and of course, spray paint itself.  This writer, like one with words, has to plan a mental sweep of what the whole outcome or picture will be like eventually - and then the details within this visualised frame have to be filled in.  Layering is often utilised to create in-depth impact and a complicated vista.  Hidden messages are symbolised by various representations and ambient effects are materialised by using spatulas, straight edges and maybe one's fingers.  The spray art form is said to originate from Mexico but this can be a matter for debate. 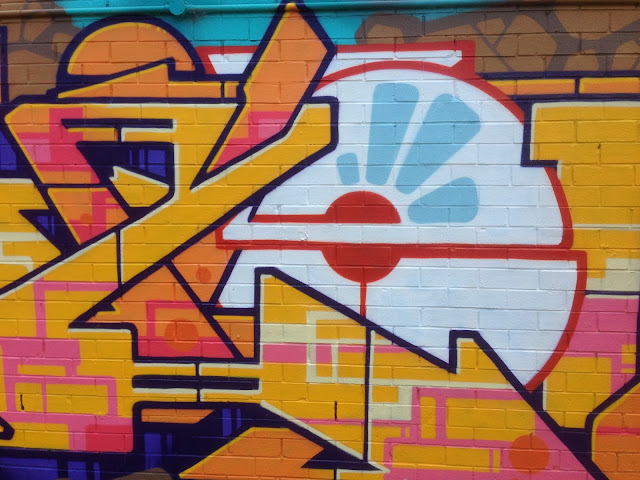 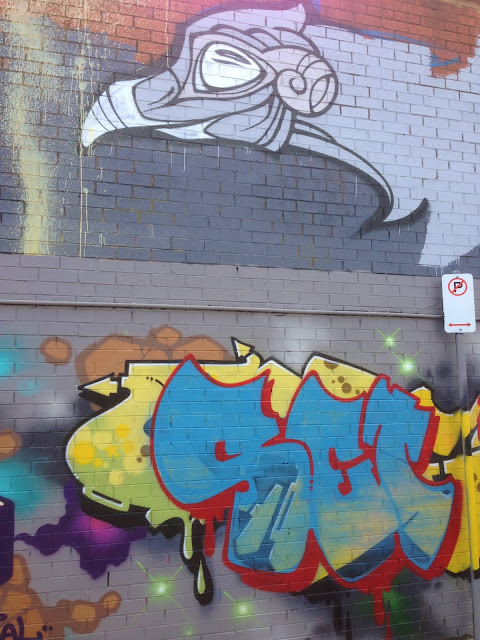 What do graffiti writers transform into?   Does it echo something they dabble in only at a certain point of time, or does such urges and activity remain in their hearts throughout ?   Why are there no annual mega events where such artists can gather and show their love in an publicly endorsed extravaganza?  Is part of this practice to leave your unique mark and talent in haste and secrecy - and then to take comfort in the fact that other people do come and view them with pleasure, or with some other form of  reaction and response?   How do property owners view such results? Not everyone takes it positively, like the hotel owners on the Gold Coast in which Justin Bieber stayed recently, in which the young pop sensation decided to become a "writer".  Whatever our reaction to such displays, one cannot deny that anyone can have access to such art in urbanised places.  Will history judge this phenomenon in a more sentimental and grateful manner in the future? 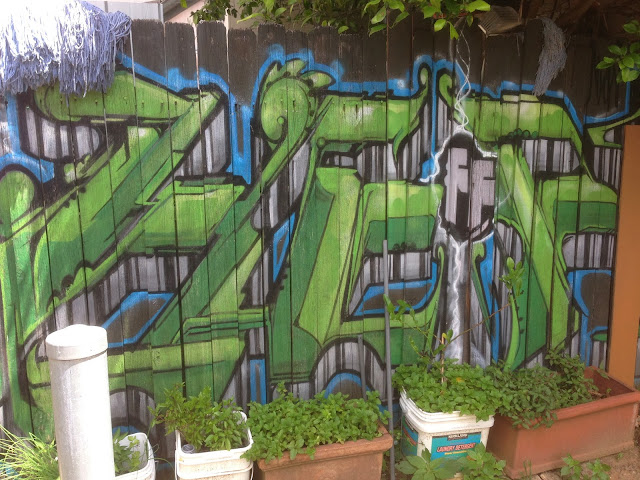 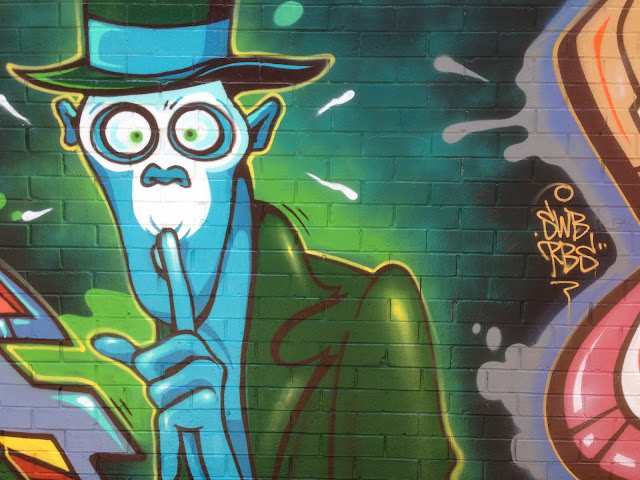 timothy said…
Street art / graffiti might not be the future of art but it has established itself as a genuine part of the art world and should be respected, not swept under the developers tsnami as happened with the Harris Park tram sheds
16 March 2014 at 14:09

Kin Yuen said…
Well said, Tim. Many cities have made decisions like the Harris Park tram sheds only to lament such actions later. I find street graffitis echo the pulse of the people , the vibes of life and an expression that can easily be swamped by ordinary sameness of modern societies.
17 March 2014 at 09:39