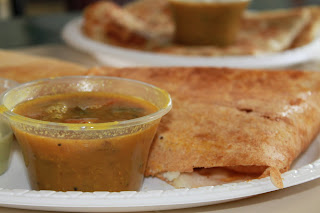 The Hindu Temple at Helensburgh, the Venkateswara, operates a totally vegetarian canteen on the side of the main building -and provides an opportunity to partake in a light brunch of a different sort. I am particularly fond of the crepes and pancakes, served piping hot and one dabs torn off pieces in light curries of dhall beans and other appetising concoctions. Most of the servings start at only five dollars, a far cry from prices asked at commercial outlets, and the monies collected are for charity under temple management.

The temple can be reached by taking a public bus from the centre of Helensburgh, which itself is connected to Sydney's Central Station. Breakfast and brunch are available from around 10am to 2pm on weekends. This temple has been built in the Dravidian or South Indian tradition, based on a complex in Andhra Pradesh, located in the hinterland outside the metropolis of Chennai (formerly Madras). 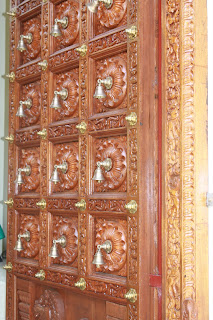 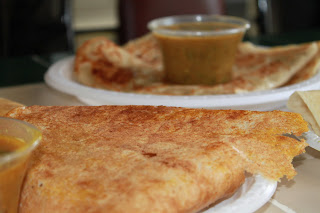 Helensburgh lies just outsidethe boundary between greater Sydney proper and the start of the NSW South Coast. It also lies onthe periphery of the Royal National Park and liesaround half an hour drive away on the freeway from Wollongong to its south. 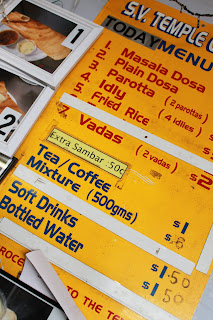 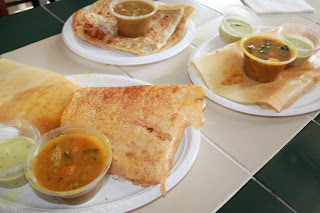 Rotis, or chapatis (background in image above) are flatbreads which can be taken by themselves or stuffed with potatoes or lentils before they are cooked.
You can find a typical recipe on:

http://southamericanfood.about.com/od/breads/r/roti.htm
Dosas (foreground in image above) are lentil crepes. For further information on dosas, I recommend the following web link: