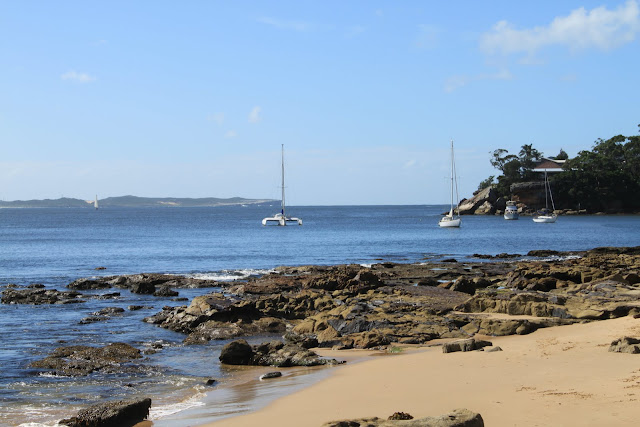 Bundeena lies south of trhe greater Sydney region, just a tip out of the Sutherland Shire and a perfect hideaway from the Big Smoke. It lies on the outer north-eastern edge of the Royal National Park and faces a bay. You can choose to walk along the eastern coast of the Royal National Park for 26km, from Bundeena in the north to Otford in the south. Bate Bay, at the mouth of Port Hacking, is visible from the shore of Bundeena Village and beckons you to the bright lights of Cronulla and the refineries of Kurnell.
Nearby to the west, over a sandspit is the village of Maianbar,which has two wharfs jutting out to its Fishermans Bay. Maianbar has a Simpsons Hotel. Other nearby visists are to Garie Beach and Wattamolla Lagoon and Beach. 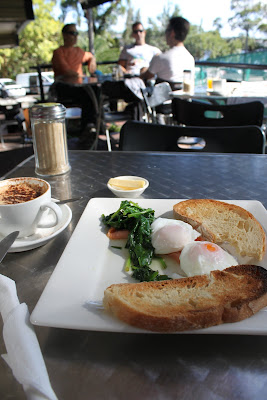 Above, a hearty but low carb breakfast at the Manaa Cafe, across from Horderns Beach and the site of the Bundeena markets. Apart from the RSL, there is a Bell's Diary at the corner of Thompson Street; the Bundeena Oval with a community centre; and the Bundeena House heritage site. Sunday markets are held once a month, on the first weekend. 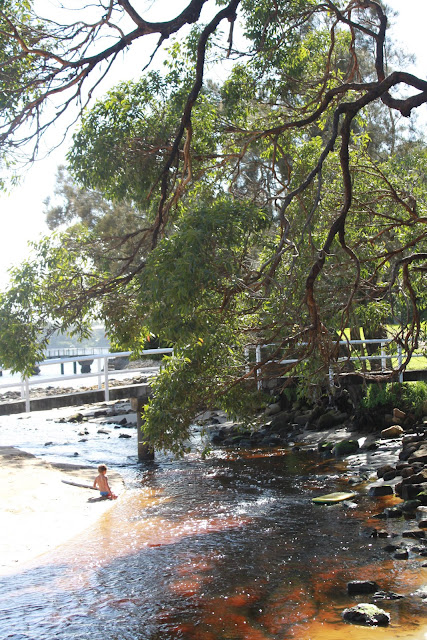 Above, a creek that leads out to Horderns Beach.
Below, an outdoor siren along Brighton Street in Bundeena that leads to the ferry pier. 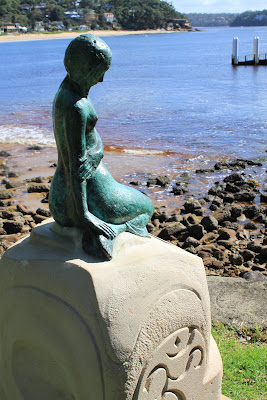 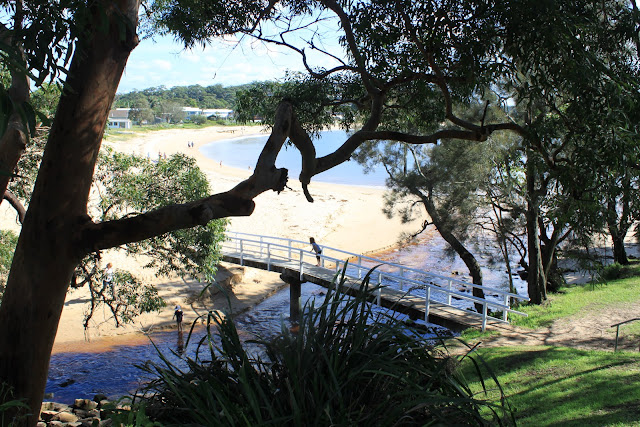 The foliage in Bundeena is highlighted by the cabbage-tree palms, Port Jackson figs, coastal banksia and the Bangalay eucalyptus. It was the first day of May, and as bright as it could be in weeks, with the perfect blue sky and a promising day ahead.
Lifestyle Neighbourhood