Guillaume's Restaurant had renovations in August 2014.  I would like to share my impressions on my most recent visit in December last year.

The Royale of Asparagus entree has always been a winner with me - served with truffle gems and mud crab meat, I reckon my focus moved away from the asparagus to its enhancing companions on the plate.

The Moreton Bay bug warm entree is always a winner with me, served with delicate but flavourful pork cheek, sea spray, cauliflower and radish - providing a yummy harmony between land and sea produce.  For those being inducted into gourmet Australian cuisine, this is a symbolic experience for a sea produce that is unique to the eastern seaboard of this continental island.

For beef lovers, it is irresistible to have the Shioro-Kin full blood Waygu from the Macquarie Downs region in Queensland.  This is accompanied by pickled radish and Jerusalem artichoke, before being drizzled with jus gras right behind serving.   The other beef offering comes from the Rangers Valley in New South Wales - the Waygu Tartare, with a cast of Sterling caviar, oyster and mushroom.  ( A side note is that the term Wagyu literally means "Japanese cow", a reference to the origins  of this cattle breed.) 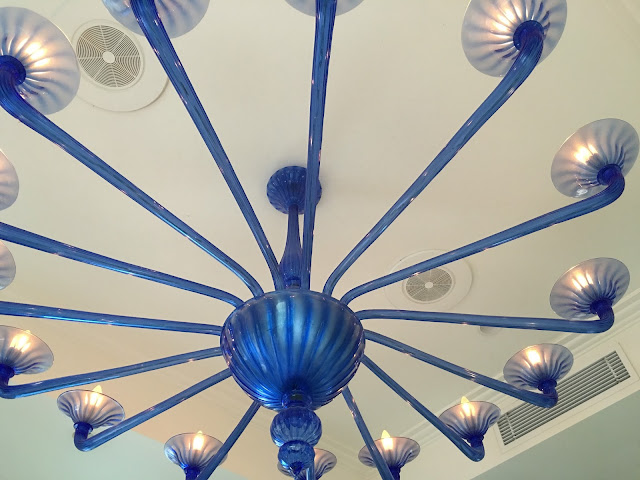 Scampi from Wellington New Zealand is uplifted with shisho, ocean trout roe and peach slices, together with cucumber bits, croutons and chili bits.  Shisho is part of the mint and basil family of herbs - it is often used as a garnish by itself, just like here, but can also be a popular ingredient in Japanese cuisine, in preparing tempuras, shashimi and salads.   It is both an edible herb and an ornamental plant and also called the Perilla and Ooba.  It is aromatic, provides a citrus flavour and also herbaceous to the nose.

Pineapple dessert is reliably refreshing when it is provided with cashew nuts, ginger, coconut and caramel sauce to offset texture and send contrasting flavours on to our palates.  The primary tone is definitely tropical and is a salute to the South Pacific.   This theme is also echoed by the passionfruit dessert, which comes with Creme Anglaise, in a mixture of both passion fruit and banana sorbet and souffle.

What I aim  for on the next visit is the suckling pig carved slices, presented with endives, pumpkin and caramelised apple.  A twist on the traditional roast and veg! 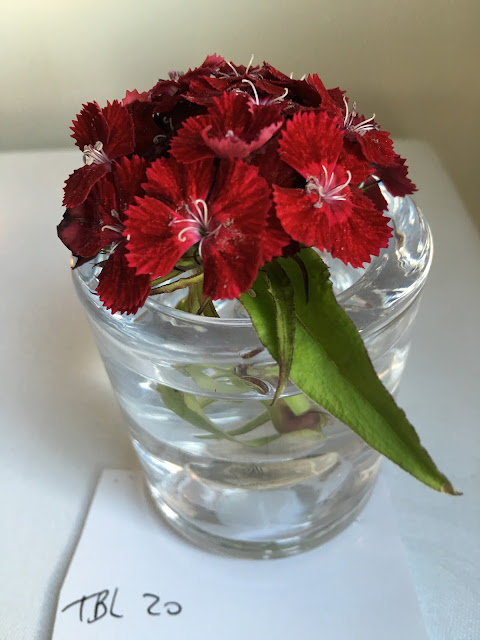 The attending butler for our table exudes experience, professionalism and engagement. Hailing from Italy, he has worked in the USA and now enjoys his sojourn in a country at the forefront of experimental and fusion culinary styles with available quality ingredients.

At Guillaume's, you expect the best in human interaction at the table - and you do get one of the best in Sydney's competitive field.  It is refreshing to hear various accents from Europe as the smiling and hard working staff articulate the menu with intimate knowledge and readily answer your questions.  The private dining room we were in at Guillaume has views of Sydney Harbour from afar but also closer views over the inner city streets.

Another young man fascinated my table guests with his French accented English - we really loved it - but he was so mindful of being in an English speaking nation.  Hey, we just wanted this person to be himself when pronouncing his way through the dishes placed on the table  it can be a lovely change to our ears.

Each creative dish is linked to a place of origin for its main ingredients used.  From the northern parts of Australia, comes mango from Darwin and passionfruit in Gympie.  To the south, Patagonian tooth fish is harvested near Glacier 51 on Heard Island in the Antarctic.  Partridge served was raised in Woodville in New South Wales, flavoured with cumin, eggplant and carrot on the plate.  Lamb is from Flinders Island off Tasmania.   What a culinary adventure!

Although the sourcing emphasis is emphasised locally, Europe does beckon as Chef extraordinare Guillaume Brahimi himself is French - and the elegant touches around the restaurant, not just in the food, do bring guests to an ambiance of a continent so far away.  He was away in Melbourne that evening so we missed his usual friendly gesture of coming out to speak to diners as the night hours continue.

A severe thunderstorm raged outside even if we were in the middle of our culinary proceedings, like us being in the middle of a light and sound show from Nature herself -  the heavens poured down with a fury not normally or often witnessed in the Sydney Basin, with regular lightning strikes outside the windows near and far.   This added to the quality of the night out, in terms of displays of the randomness and volatility of Nature, in stark contrast to the skillful and careful interplay of technique and use of ingredients by the culinary team at Guiliame's.

Inside the restaurant was refinement and order, whilst thousands of fans who attended the Ed Sheehan concert at nearby Moore Park were at the same time being drenched in an intense manner.

Guillaume is located at 92 Hargrave Street, beside a small roundabout with Elizabeth Street in Paddington, an inner city suburb of Sydney.
Telephone 612 9302 5222
Opening Hours at the time of this blog post are from 545pm for dinner from Tuesday to Saturday.
Guillaume is open for lunch from noon every Friday and Saturday and on the first Sunday of each month.
Cuisine French Sydney