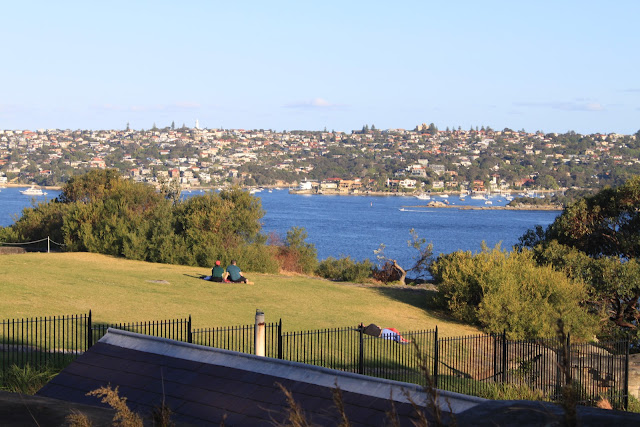 This unique vantage point, the original home of the Borogegal people, was early sourced by the British colonists in the 19th century  for defence of Sydney Harbour.   Located below Middle Head, Georges Heights, part of Headland Park,  today offers spectacular views, a pastoral setting, sandstone buildings and reminiscences of a privileged lifestyle. During World War 1, the third largest military hospital in Australia was constructed here.  Way back, after the arrival of Governor Macquarie, he commenced a farm here under the charge of Bungaree, the indigenous Australian well known in history to have accompanied Matthew Flinders in the latter's circumnavigation of the island continent in 1802 and 1803.  During a recent long weekend, I had occasion to attend a significant wedding anniversary celebration at the Tea Rooms of the Gunners Barracks. 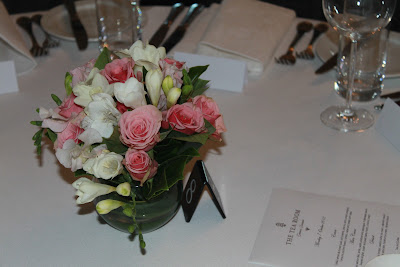 During the cocktails on the out deck, we could see Cockatoo Island, sitting like a jewel in the crown of a splendid panoramic view.  A cousin, Lin, and I had the opportunity to stroll in the surrounding well manicured grounds before the function.  Vehicle parking for the Tea Rooms was a walking distance away down a sloping road, but once we reached the Tea Rooms, we realised it was all worth the walk! The professionally behaved waiting staff were attentive, prompt and unobtrusive. I also felt the vibes of reunion, rejoicing and reconnection at the occasion. I reckon there were easily more than a hundred guests.
We felt reassured mingling on top of fortifications that provided possibly secret passageways, quiet courtyard corners and solid walls. 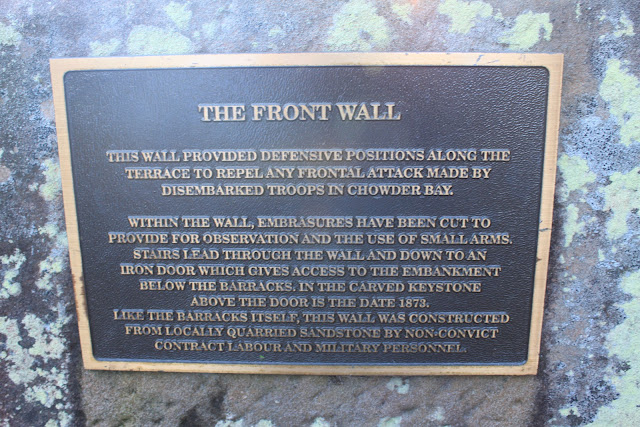 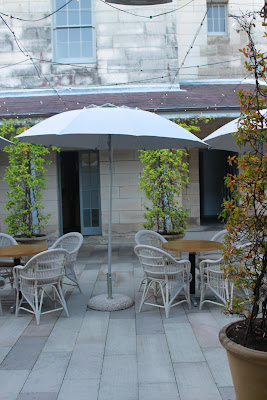 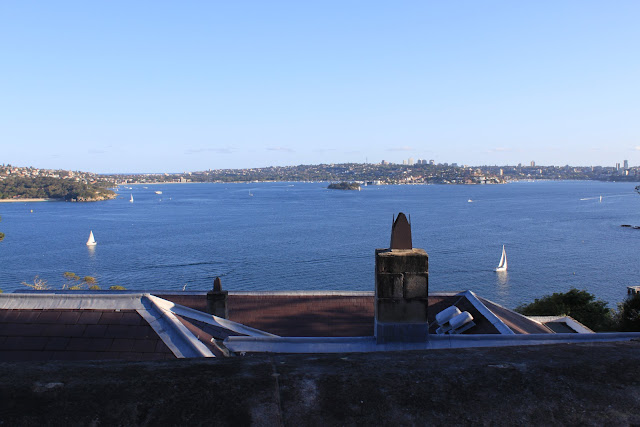 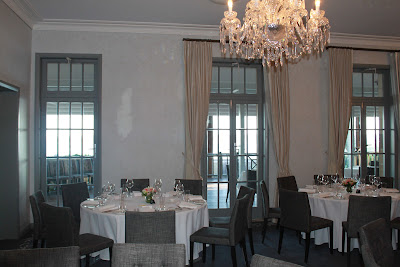 Stunning Waterford crystal chandeliers stand above the customised carpet and wall paper settings for the dining room of this 1873 building.  A violinist from the Sydney Symphony offered two solos before the entree was served.  The Master of Ceremonies deftly handled the occasion with humor, insight and meaning. The speeches were honest, purposeful and reflective.  We could see the emerging twinkling lights from across the bay through the high windows. I sat with lawyer Ellen, who is most delightful for company and conversation. A special touch by the hosts at the close of the function was providing miniature red tortoise snacks from the Straits Chinese tradition (the ang koo) to symbolise prosperity and longevity. 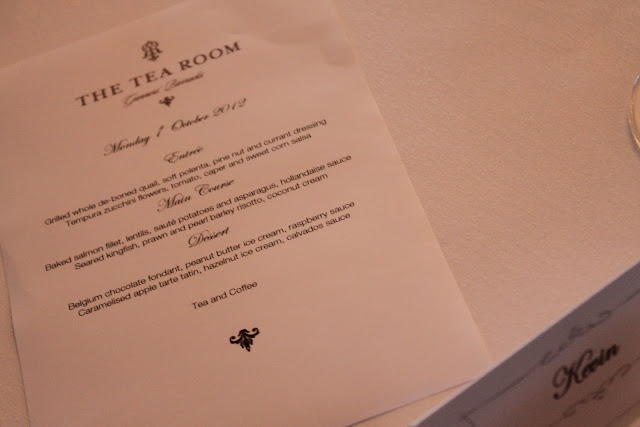 The setting sun in springtime, inching up extra minutes of sunshine with each passing twilight (picture below), heralds the advent of warm days and still cool nights.  The rays of the sun have a different angle and birds stay on longer flying before the dusk.  Before the city lights come to twinkle with the stars overhead, there are moments of hazy lighting, when the deep blue of Sydney's coves seem to be covered by a hanging mist, that echoes the turning of the Earth and the close of another day.  It is time to then indulge into the exquisite bites of seared kingfish, the richness of Belgian chocolate fondant or tempura zucchini flowers.  All created under the guidance of Master Chef Marc Philpott.  The "tea" in the Tea Rooms reflect the variety of German Ronnefeldt teas available here, 44 types.  I am told that this venue is popular with both corporate and private social functions, especially its breakfast sessions and morning teas. 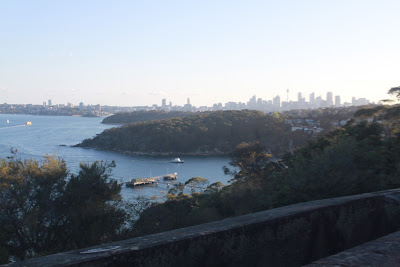 The Tea Rooms, Gunners Barracks at Suakin Drive, Georges Heights, located next to Mosman's Toranga Zoo and overlooking Chowder Bay on Sydney's lower north shore, is part of a boutique collection of restaurants run by the Cerno Group.  These include the Cross Plus Restaurant at Potts Point; the Sergeant's Mess at Chowder Bay; the Tea Room at the Queen Victoria Building in downtown Sydney; and the Wharf at Wooloomooloo.
Lifestyle Modern Australian Neighbourhood Sydney Harbour